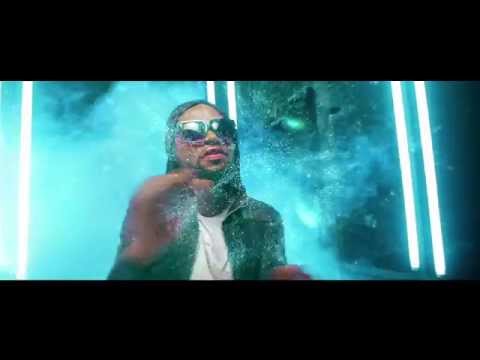 George Nathaniel is a multi-talented Nigerian recording artist, musician and producer. He is renowned for singing and producing soundtracks that has earned him local and international acclaim in several award winning Nollywood movies. Some of his great musical fait accompli for movies includes tracks for Figurine, Desperate House girls, I'll take my Chances, Apaye, Okon goes to School, Weekend Getaway, Mrs Somebody and the list goes on!

His vocal prowess has earned him collaborations with popular Nigerian Artists such as Phyno, JMartins, Waje, PaulPlay, Slam and several others.

He has specifically worked on the mixing and mastering of various hit songs like Runtown's hit song titled 'Gallardo' which has enjoyed great mass appeal, Waje's recent singles 'I Wish', 'The way you love Me', PSquare's 'MMS', J-Martins' first, second and third albums. George's repertoire is endless!.

2
Top 10 Movies Of 2017
3
Nigerian lady set to tie the knot with man who borrowed her earpiece in 2016 (Photos/Video)
4
Watch Tiwa Savage Twerk to Koroba with Real Warri Pikin (Video)
5
Gareth Bale's new shirt number at Tottenham confirmed
6
EPL: Wolves coach reacts to Diogo Jota joining Liverpool
7
"Ladies should bill their fathers not their boyfriends" - Man says, using Otedola as example
8
Big Boy In Trouble As He Crashes G-Wagon He Rented To Impress A Girl (Video)
9
Arsenal vs West Ham: Lyon give update on Aouar's move to the Gunners
10
BBNaija 2020: I can't stay one week without you - Nengi tells Ozo