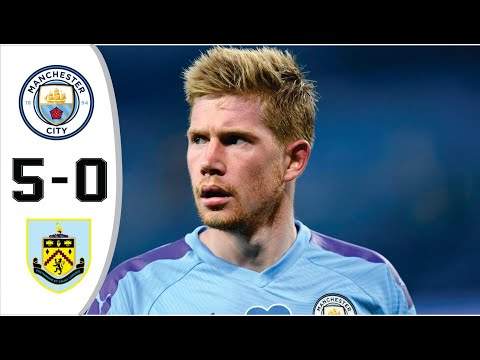 Riyad Mahrez scored a hat-trick as Manchester City steamrolled Burnley 5-0 in their finest performance of the season so far.

The winger fired the hosts into a sixth-minute lead from a flowing move which would encapsulate City's performance against woeful Burnley, who would go on to suffer their fourth successive 5-0 defeat at the Etihad.

Mahrez netted his second midway through the half from a poorly-defended throw-in, and Benjamin Mendy weighed in with his first Premier League goal shortly before the interval with a smartly-timed volley from a tight angle.