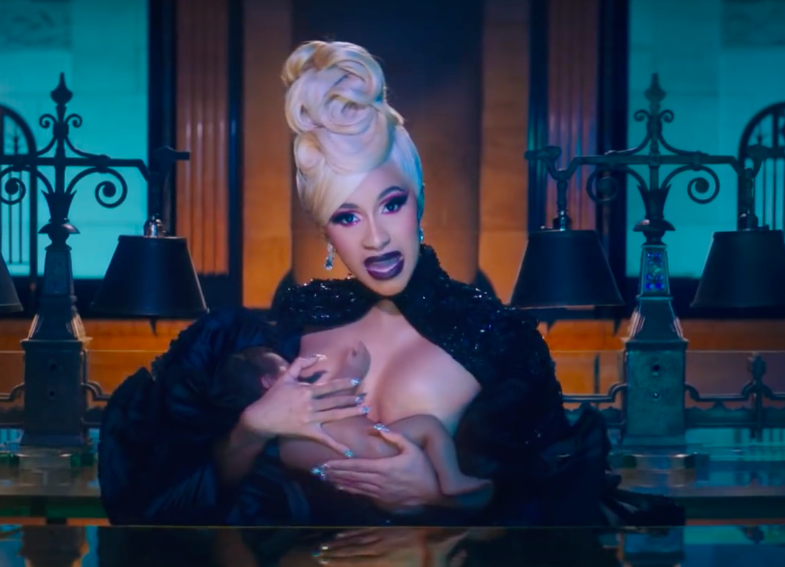 Cash rules everything around Cardi B. The hip-hop superstar caps off an incredible 2018 with the epic video for her latest single "Money."

Bardi proves she was born to flex in the money-filled clip, which finds her in a bank surrounded by bad bitches. The ladies, some topless, flaunt their fashion while stacking paper and toting money guns. They open the vault to reveal Cardi in a gold headdress and bikini.

Bardi also pays homage to her strip club roots. The former exotic dancer shows off her "Money" moves on the pole and shakes her booty as cash fills the floor.

"Money," which is currently No. 29 on the Billboard Hot 100, will reportedly appear on a deluxe edition of Cardi's debut Invasion of Privacy, set for release on Jan. 25. The album will also include the new song "Press."

Cardi B - Be Careful