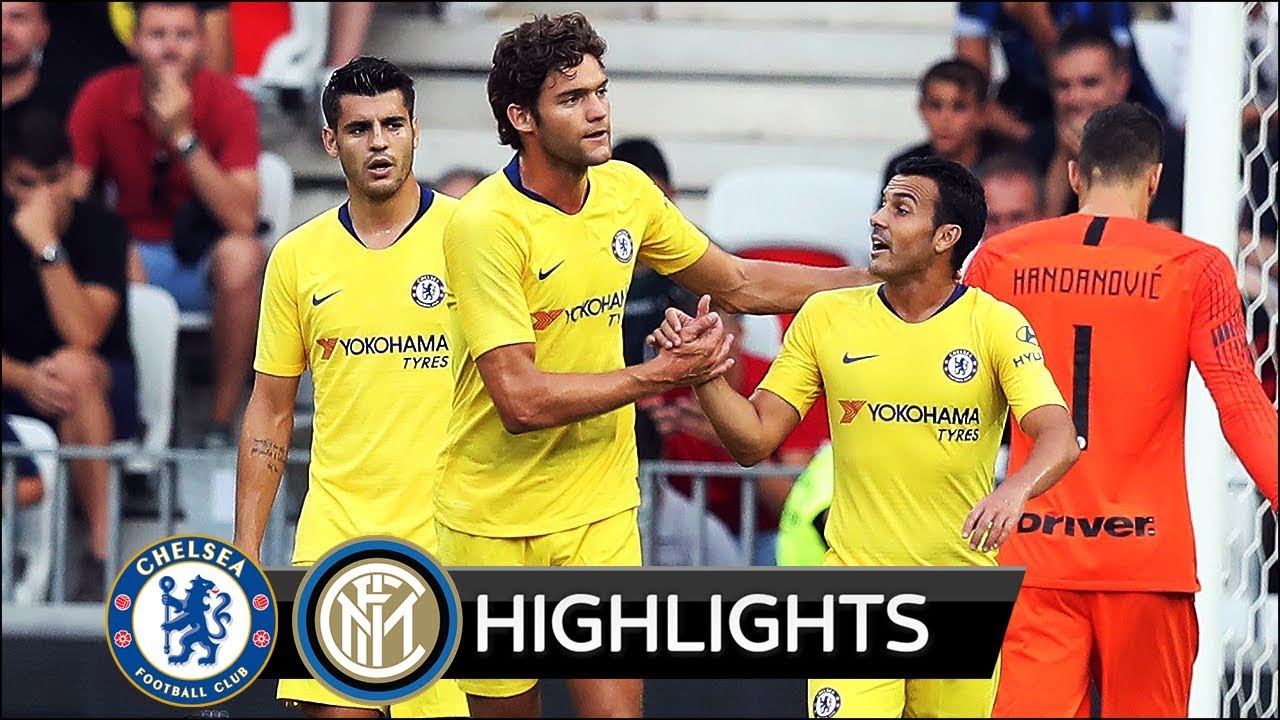 Cesar Azpilicueta marked his first Chelsea appearance since returning from the World Cup with the decisive penalty against Inter Milan as the Blues ran out 5-4 winners after a 1-1 draw.

Pedro put Chelsea ahead in the International Champions Cup tie in Nice after Alvaro Morata had forced a save.

Chelsea peppered Inter's goal with 10 shots in the opening half without adding to their lead.

Spain defender Azpilicueta, who did not play a game in Russia, was one of a number of players making their first Chelsea appearance since returning from the World Cup.