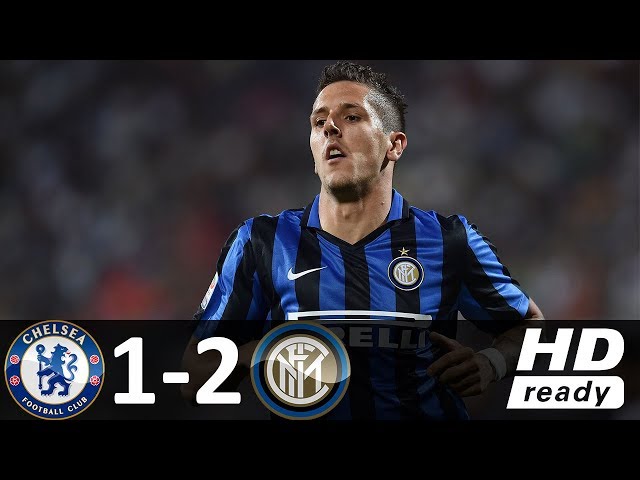 Stevan Jovetic scored one and made another as Inter completed a perfect International Champions Cup campaign with a 2-1 win against Chelsea in Singapore, but the game will be remembered for a bizarre Geoffrey Kondogbia own goal.

Inter had already beaten Lyon and Bayern Munich without conceding a goal in the tournament and Luciano Spalletti's men made it three out of three in humid conditions on Saturday.

Jovetic gave Inter the lead in first-half injury-time, scoring on the rebound after Thibaut Courtois saved his initial effort from a controversial penalty.

The Montenegrin teed up Ivan Perisic to drill home Inter's second from a narrow angle, but Chelsea, who started club-record signing Alvaro Morata on the left of a front three, were given a lifeline when Kondogbia somehow lobbed goalkeeper Daniele Padelli with a wild back-pass from 45 yards.