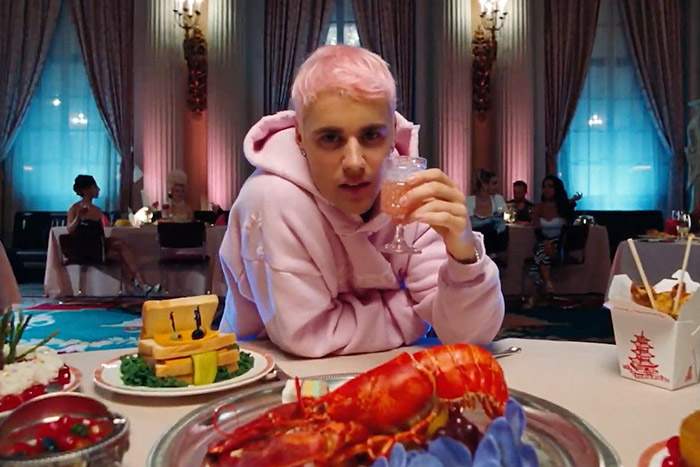 A day after debuting the song, Justin Bieber serves up the tasty video for "Yummy."

In the colorful clip, directed by Bardia Zeinali, the pop superstar enters a fancy party with pink hair and a pink Drew House hoodie before feasting on a smorgasbord of foods including a green tower of jello, lobster, and Chinese takeout. He dines alongside some snazzy-dressed seniors while young violinists entertain the guests. A party eventually breaks out and Bieber gets on top of the table to bust out a few moves in the final moments.

"Yummy" is the first single off Bieber's long-awaited fifth studio album, which may be titled Forever. The project, his first since 2015's Purpose, will reportedly feature collaborations with Travis Scott, Post Malone, and Kehlani.

On Jan. 27, he will premiere Justin Bieber: Seasons, a 10-part YouTube docuseries chronicling the last four years of his life. He will also return to the road on a North American arena tour, which kicks off May 14 in Seattle.

Justin Timberlake - Man of the Woods