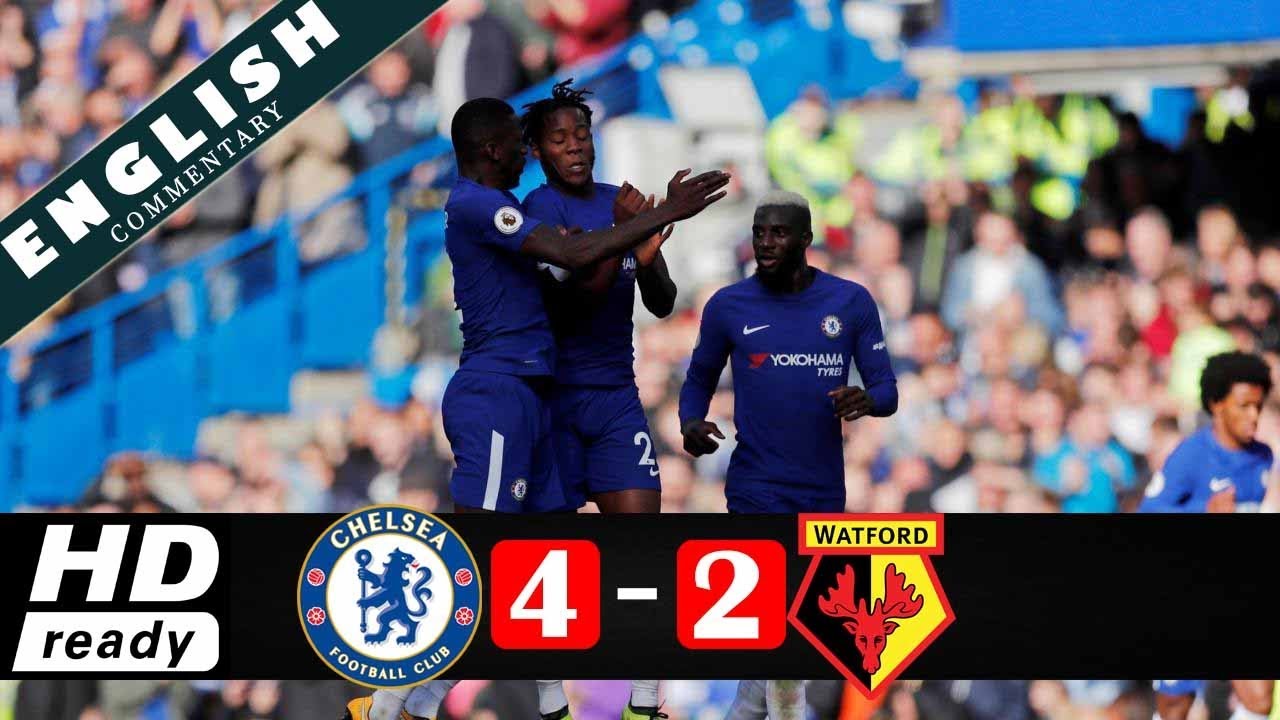 Chelsea scored two late goals as they came from behind to claim a dramatic victory against Watford at Stamford Bridge and end a three-game winless run.

Cesar Azpilicueta headed the Blues 3-2 in front in the 87th minute before Michy Batshuayi sealed the victory in stoppage time despite an unconvincing performance from the champions.

Batshuayi had headed in an equaliser for the champions midway through the second half after the home side fell behind to two Watford goals either side of half-time to suggest the possibility of a third consecutive Premier League defeat.

Pedro had put the Blues ahead in the 12th minute with a sensational 25-yard strike that curled away from Watford goalkeeper Heurelho Gomes and in off the right-hand post.

But the Blues were shaky defensively throughout and Marco Silva's Hornets scored twice through Abdoulaye Doucoure and Roberto Pereyra to put them on course for a famous victory.

It could have been worse for Antonio Conte's side as Brazilian Richarlison missed two glorious chances for Watford either side of Pereyra's goal.

But Batshuayi's equaliser and the third for Azpilicueta saw Conte throw himself into the home crowd as his side completed a turnaround that the Belgium striker then capped deep into injury time.

Victory takes Chelsea above Watford into third in the table, six points behind leaders Manchester City.