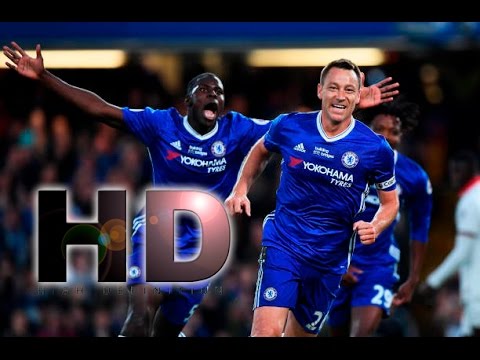 Chelsea skipper John Terry scored on what could be his Stamford Bridge farewell as the Blues celebrated winning the Premier League by nicking a thrilling victory against Watford.

An emotional Terry, who will leave at the end of the season after more than two decades at the club, swept in a loose ball from a corner for the opener.

The 36-year-old defender's mistake then allowed Etienne Capoue to level before Cesar Azpilicueta drilled in from 25 yards to restore the lead.

Michy Batshuayi tapped in his first home league strike to give a much-changed Blues side a two-goal lead, only for Watford wing-back Daryl Janmaat to narrow the gap almost instantly with a superb solo goal.

But substitute Cesc Fabregas scuffed in a late winner to spark joyous scenes among the home fans.

Watford defender Sebastian Prodl was shown a late red card after picking up his second booking, but it had little effect on the final outcome.

Chelsea, who wrapped up their sixth English title with a win at West Brom on Friday, will be presented with the Premier League trophy when they host Sunderland in Sunday's final game of the season.

EPL: Rashford out for six weeks