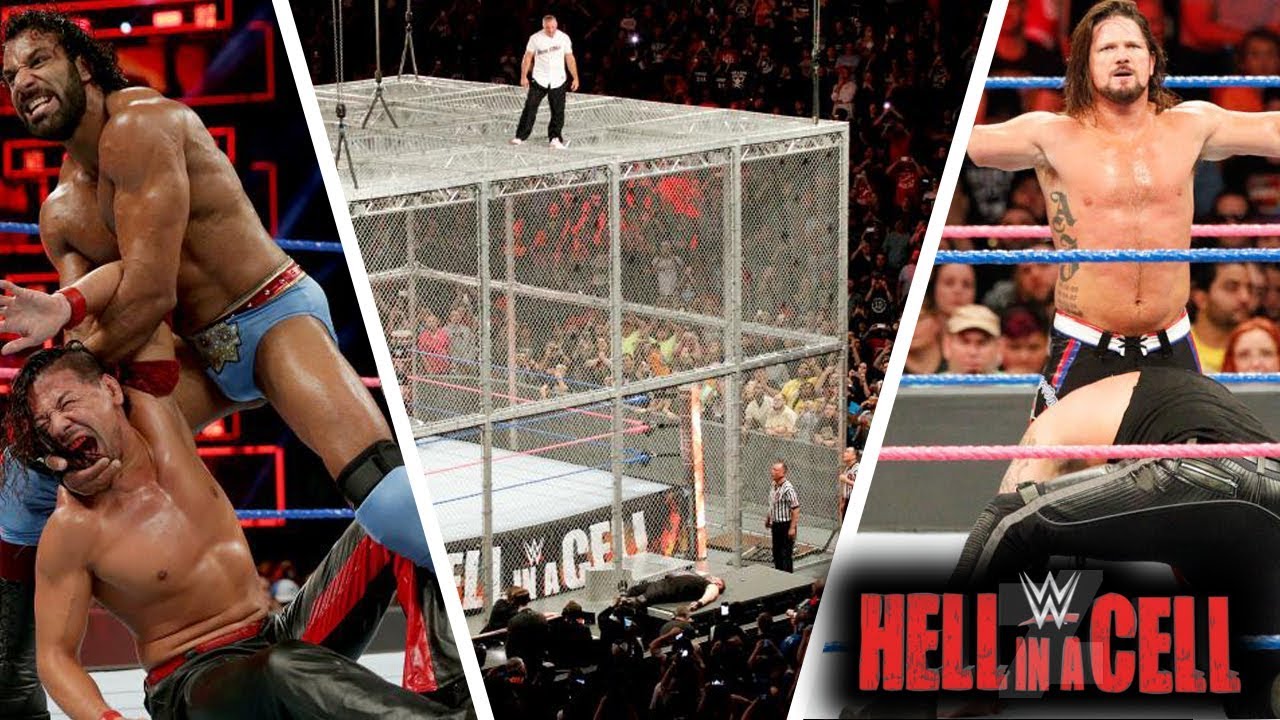 1. Hell in a Cell match for the Smackdown Tag Team Championship: The Usos defeated The New Day (c). The Usos won the match with a tandem splash on Xavier Woods with a steel chair assist, becoming the five-time Tag Team Champions. This was billed as the "final meeting" of the two teams.

6. Bobby Roode defeated Dolph Ziggler. Roode won with a roll-up with a handful of tights. After the match, Ziggler hit a Zig Zag on Roode.

7. Hell in a Cell Match: Kevin Owens defeated Shane McMahon. Owens fell from the middle of the cell wall through a table. Shane McMahon tried to climb the cage and drop an elbow on him, but Sami Zayn appeared, pulled Owens off the table so Shane would crash and burn, and dragged Owens onto McMahon for the "falls count anywhere" three count

2
"This is what I call paradise" - Lady says as she shares photos of Big Brother's house in Canada
3
BBNaija: Meet Praise's sister, Favour, a beautiful model with one arm (Photos)
4
Why I always look dirty and unkempt - Kingtblakhoc
5
Super Eagles star rated best penalty taker by Premier League teammates (see who)
6
Father-of-30 who became an overnight millionaire after digging up two huge gemstones worth $3.35m, has found another stone worth $2m
7
Meet Cossy Ojiakor's 30-year-old fiance (photos)
8
#BBNaija: Lilo caught on camera trying to size up Eric's "Banana" with her leg (Video)
9
Lady shares chat with sister's husband who promised to "lick her honey pot" after she caught him cheating
10
Fire guts Big Brother's house (Video)