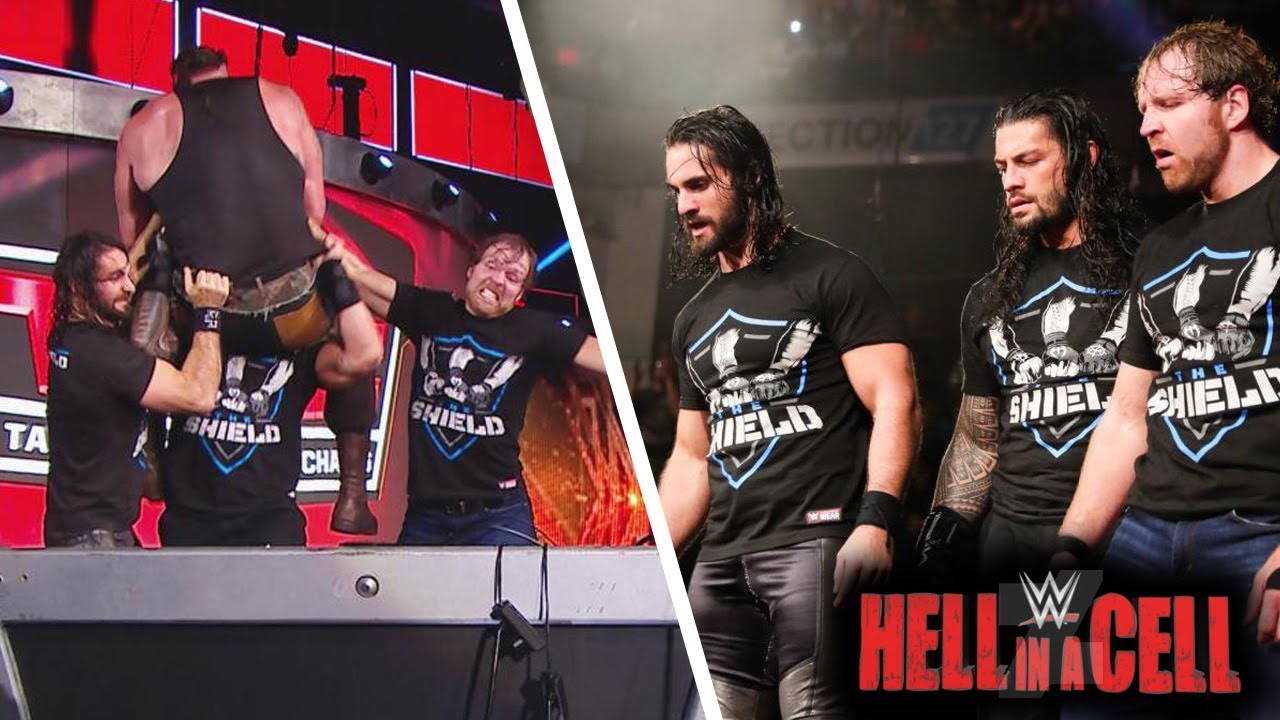 - Raw opened with Sheamus and Cesaro appearing on Miz TV, and both of them (as well as Curtis Axel) getting "Mizzie" awards. In response, The Shield reunited and kicked all of their asses. Kurt Angle made the main event of TLC The Shield vs. The Miz and The Bar.

2. Elias defeated Apollo Crews. Titus O'Neil tried to taunt Elias by playing banjo before the match. Elias won with the Drift Away.

- Enzo Amore complained about Kurt Angle not firing Kalisto for putting his hands on him. Angle explained that Kalisto signed a cruiserweight contract after Enzo's "no contact" clause, and that Enzo would defend the Cruiserweight Championship against Kalisto in a lumberjack match later in the show.

3. Braun Strowman defeated Matt Hardy. Strowman pinned Hardy with a running powerslam. After the match, Strowman tried to carry Hardy to the back, but was stopped by The Shield. They brawled, culminating in Strowman being put through the announce table with a triple powerbomb. Michael Cole is insisting this is called the "Shield Bomb."

- The Miz quoted The Shield saying they could defeat any "four, five or six" guys to get Kurt Angle to make the six-man tag at TLC a handicap match, and somehow added Braun Strowman to his team.

- Alexa Bliss taunted Mickie James with a video about how she's old, and they briefly fought.

- Finn Balor said he wasn't afraid of Sister Abigail. Bray Wyatt showed up on the TitanTron with makeup on and a sheet on his head as "Sister Abigail," and Finn was afraid (?).

5. Elimination Match: Emma defeated Sasha Banks, Alicia Fox, Dana Brooke and Bayley. This was an elimination five-way to determine who will face Asuka at TLC. Brooke was eliminated first with a Bayley-to-Belly, and Bayley was eliminated soon after by an axe kick from Alicia Fox. Foxy was eliminated with the Banks Statement, and Emma rolled up Sasha out of the move to eliminate her and win the match. It'll be Asuka vs. Emma at TLC.

- Next Monday's main event is Braun Strowman vs. Roman Reigns in a steel cage.

More on...
WWE RAW WWE
Download Alternative link Download
AD: Get Thousands of Free Final Year Project Topics and Other Project Materials Sorted by Subject to Help With Your Research
AD: Cut plagiarism in your article using this paraphrasing tool by Spinbot
AD: Follow @netnaijaHQ on Twitter for Latest Updates