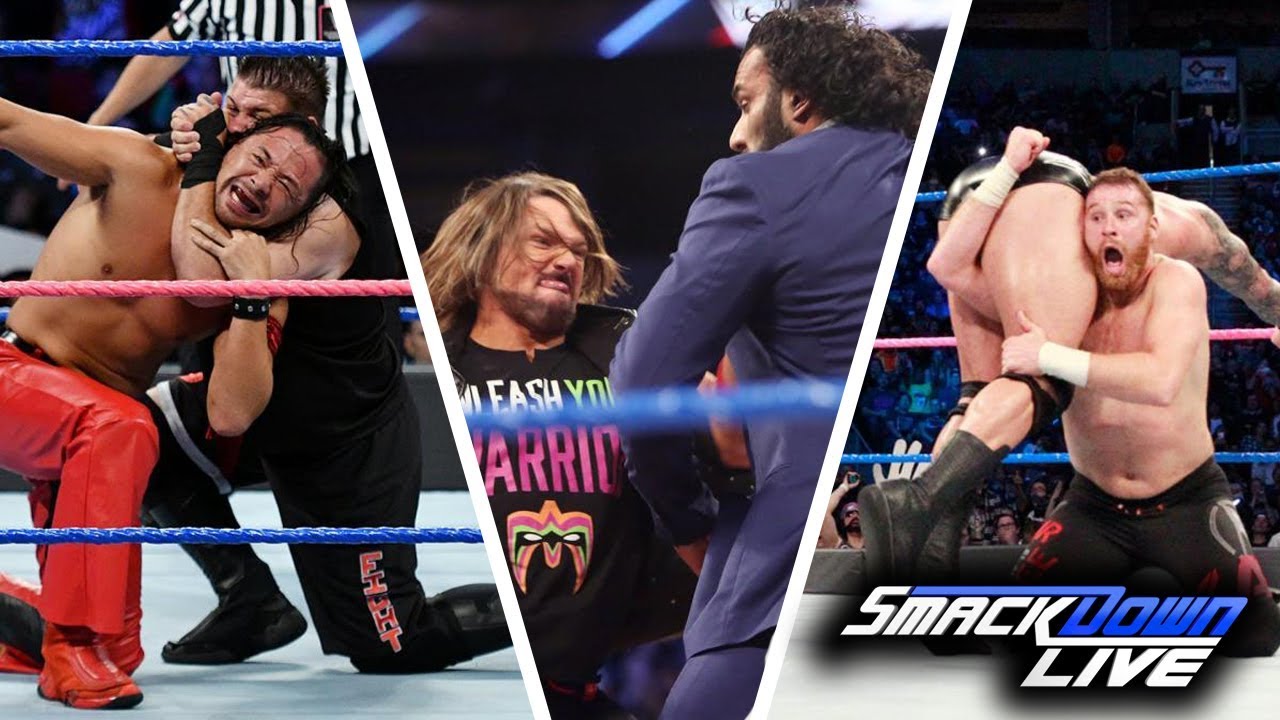 - The show opened with Daniel Bryan, who came to the ring and hyped tonight's show, then said he needed to address someone who disappointed him at Hell in a Cell. He began talking about Sami Zayn, but Zayn interrupted Bryan. Zayn said he's still the same guy he's always been, he just reclaimed ownership of his career. Zayn said he and Bryan have a lot in common, but Bryan had the support of the fans. Zayn said that if Bryan had been a little smarter in his career, he wouldn't have had to retire.

Kevin Owens came out and ran down Bryan as well. They said Bryan has become the thing he hated the most, and Zayn called him a sellout. Zayn thanked Owens for sparing him the same fate, and they hugged again. Bryan left and said he was going to find a couple of guys to punch them in the face.

1. Charlotte Flair, Naomi and Becky Lynch defeated Lana, Tamina Snuka and Natalya. Flair got Lana to tap out to the Figure Eight. After the match, Natalya tried to attack Flair with a chair, but Flair turned the tables and chased her off into the crowd.

2. Sin Cara defeated Baron Corbin. Corbin teased making this a U.S. Open Challenge match, but then said the challenge was closed, for good. Sin Cara hit a top rope dive onto Corbin on the outside and won via countout.

- Jinder Mahal and the Singh Brothers came to the ring. Mahal said he has beaten all challengers on Smackdown, but wanted to remove all doubt that he is a worthy champion. To do that, he will defeat a person the WWE Universe thinks is unbeatable. He officially challenged Brock Lesnar to a match at Survivor Series. He said when he defeats Lesnar, everyone will be forced to bow down and kiss his feet. He was interrupted by AJ Styles, who said he's at the front of the line. He pointed out that Mahal has never beaten him, and challenged Mahal for the WWE Championship. Styles hit his strike combination and a Pele Kick on Mahal and sent him and the Singh Brothers packing.

3. Dolph Ziggler defeated Bobby Roode. Ziggler won with a rollup and a handful of tights.

4. Sami Zayn and Kevin Owens defeated Randy Orton and Shinsuke Nakamura. When the referee's back was turned, Zayn hit Orton with a low blow, then connected with the Helluva Kick and got the pin.

- Backstage, Zayn and Owens gloated to Bryan about their victory and asked what he had in store for them next week. Bryan said it won't be up to him; it will be up to Shane McMahon.