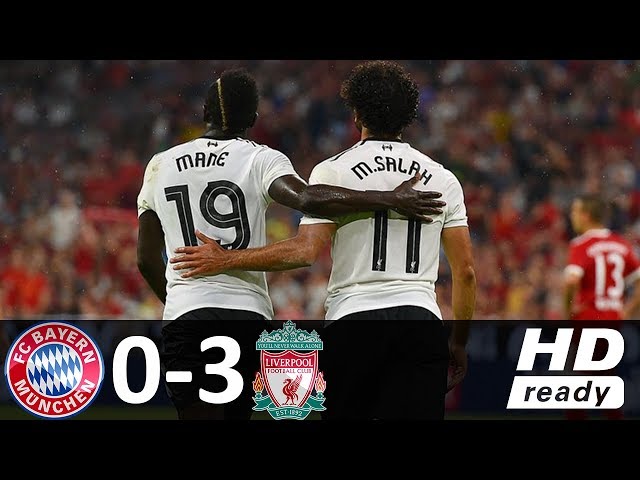 Liverpool advanced to the Audi Cup final after defeating Bundesliga giants, Bayern Munich 3-0 with two African stars getting on the score-sheet.

The Reds broke the deadlock after just seven minutes as Roberto Firmino played Sadio Mane who slotted home with a fine finish, 0-1.

Jurgen Klopp's continued to push for more goals, but Sven Ulreich was on hand to deny Mohamed Salah and Alberto Morena.

Bayern were forced into a change midway through the first half as Thiago Alcantara made way for Renato Sanches.

Liverpool then doubled their lead in the 35th minute when Moreno's cross found Salah, who headed home at the far post, 0-2.

The score remained 2-0 to the Premier League outfit at the halftime break.

Bayern registered a rare effort on target after 59 minutes as James Rodriguez unleashed a powerful effort from 25-yards out but Loris Karius was equal to the strike.

Daniel Sturridge nearly added a third for Liverpool in the 68th minute, but his low strike sailed inches wide of the upright.

The Reds did have the ball in the back of the net two minutes later but Marko Grujic's was ruled out after Lallana was deemed to have been offside.

However, Klopp's charges managed to get a third goal in the 83rd minute as Coutinho played Sturridge through on goal and the strike calmly lobbed the ball into the back of the net.