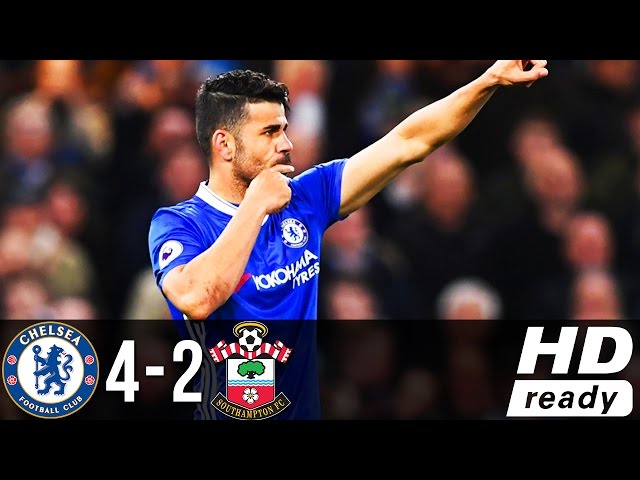 The Spaniard, Eden Hazard and Gary Cahill - all back in the starting XI - got the goals that extended the Blues' advantage over second-placed Tottenham to seven points.

Hazard opened the scoring with a low strike before Oriol Romeu tapped in.

Cahill's header made 2-1 before Costa nodded in and scored a well-taken second.

And in stoppage time, former Chelsea player Ryan Bertrand scored a fine header for the Saints.

Blues captain John Terry, who is leaving the club at the end of the season, came on late in the match to make his first league appearance since November.

Spurs can reduce the gap to four points once more with victory at Crystal Palace on Wednesday.

Antonio Conte's Chelsea team are at Everton on Sunday.

Actress Moyo Lawal pours out her heart about her marital status

Nollywood is flooded with fake foreign accent, this is a national disgrace - Uche Maduagwu