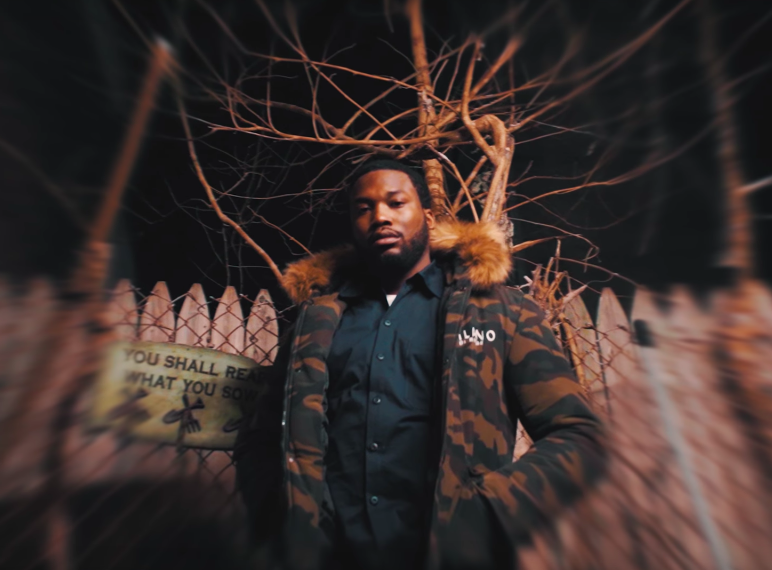 While he celebrates a win with his chart-topping album Championships, Meek Mill looks back on his journey in the powerful video for "Trauma."

The Philly MC reflects on his traumatic life experiences starting from childhood. A young Meek, played by his own son Papi, sits next to a photo of his deceased father as he pens a letter to him. In the flashback scenes, the justice reform activist shares vivid memories of street life with drugs, police raids, prison, and even death. But the battle is far from over.