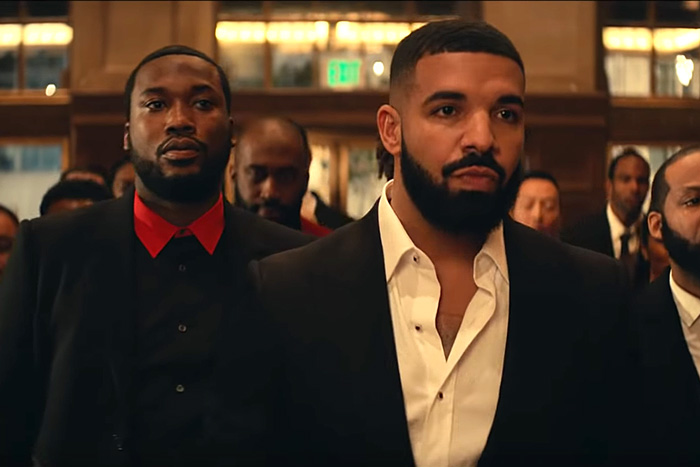 Meek and Drizzy back to back, it's gettin' scary.

With their beef in the past, Meek Mill and Drake join forces in the epic video for "Going Bad."

Shot in Los Angeles last month, the Kid Art-directed clip finds the DC and OVO duo flaunting their baller lifestyles as they race through the streets in Phantoms before eventually crashing into each other. The rap titans also suit up while leading a mob of men, which includes T.I., Nipsey Hussle, Swizz Beatz, Mustard, J Prince, Jas Prince, PnB Rock, and Shy Glizzy.