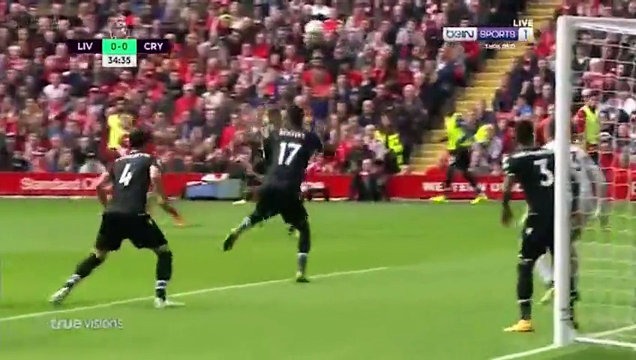 Sadio Mane earned Liverpool their first Premier League win of the season as Crystal Palace suffered a second straight defeat despite an improved display at Anfield.

Jurgen Klopp's side were heading for a frustrating draw after wasting a string of chances when Mane prodded past Wayne Hennessey for his second league goal of the campaign.

Palace, beaten 3-0 at home to Huddersfield in their opening match, should have scored when the game was goalless.

Christian Benteke was unmarked and eight yards out but blazed over the bar from Ruben Loftus-Cheek's pass.