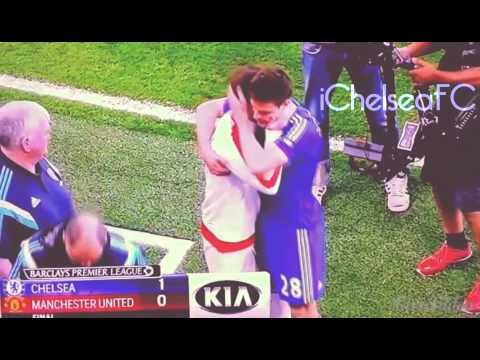 Even though the Blues took a giant step to sealing the Premier League title with a 1-0 victory over Louis van Gaal's side, their fans could be forgiven for feeling a bit choked after Mata's touching gesture.

The Spaniard waited around by the tunnel to give all of his former team-mates a hug, having also received a standing ovation from both sets of supporters after being substituted.