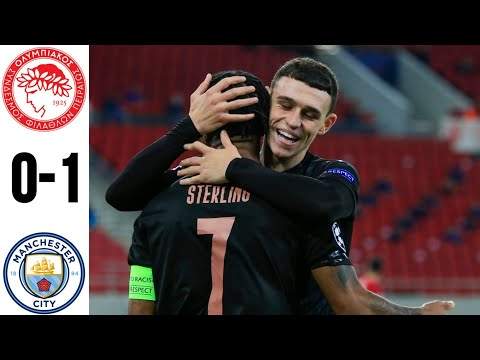 Pep Guardiola reckons Manchester City simply have no available time for meaningful training at the moment, so they devised their own session out in Piraeus instead.

Olympiacos aren't great but were made to look far worse in what appeared a 90-minute attack against defence drill. The attackers probed patiently, almost partaking in a game whereby the football was not allowed in their own third.

Guardiola's side were not scintillating - far from it actually - yet this was probably their most dominant display of the season thus far. As an illustration, the Greeks only registered their first touch inside the City box with two minutes left.