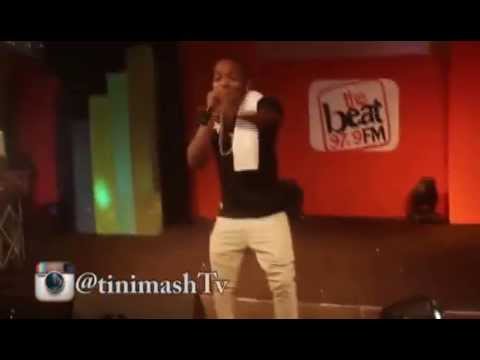 Olamide was one of the numerous top musical acts that rocked The Beat 97.9 Ibadan launch concert; a sister network to the popular The Beat 99.9 FM.

Watch his thrilling performance as he delivered a lengthy set with included many of his numerous hit singles.

The YBNL rapper is currently on his fourth studio album which is expected in months.

More on...
Olamide Beat FM
Download Alternative link Download
AD: Get Thousands of Free Final Year Project Topics and Other Project Materials Sorted by Subject to Help With Your Research
AD: Cut plagiarism in your article using this paraphrasing tool by Spinbot
AD: Follow @netnaijaHQ on Twitter for Latest Updates

Sarkodie's Performance Hypnotizes Female Fan Who Worships Him on Stage

Olamide on One on One With Moet