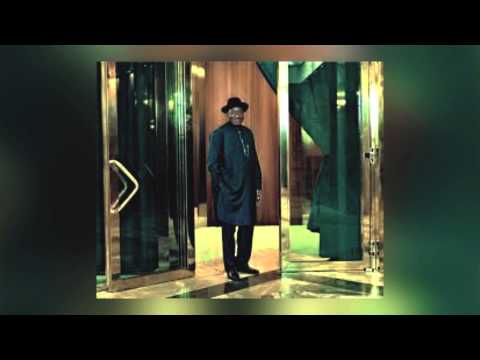 "Rave of the moment, Oritsefemi Majemite has shot a new video in support of President Goodluck Ebele Jonathan 2015 re-election.

The video praised GEJ for good work he has done so far since he was elected as the president of the Federal Republic of Nigeria.

The video was directed by Ime and edited by Dotcom.

It would be recalled that Oritsefemi Majemite and Dapo 'D'Banj' Oyebanjo entertained President Goodluck Ebele Jonathan in Lagosat the National Stadium, Surulere on Tuesday 24th March 2015. The duo performed great songs to entertain the crowd closed to twenty thousand cheering and dancing to D'Banj and Oritsefemi songs.

Musical Taliban, Oritsefemi performed Great Politician, the song composed for the President. He also dazzled with Igbeyawo, his hit song that is trending at the moment in the country.

Meanwhile, D'Banj performed Eyi Boys , Top of the World, and Olorun Maje. The songs made audience asking for more but the time given to the artistes was limited due to President Goodluck Jonathan time to give speech to the audience. They also launched a movement called Nigerian Youth Positive Driven (NYPD). The aim is to create jobs for unemployed Nigeria youths and targeting the positive involvement of youths in governance.

Oritsefemi and Dbanj called on youth to channel their desires and power into making themselves become an agent of positive movement. He advised that youth should desist from making themselves to be used as agents of destruction at the coming elections."

Oritse Femi - Give Thanks