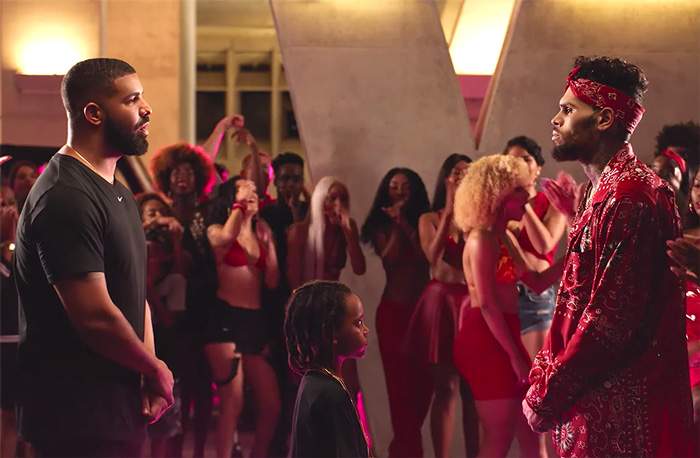 The wait is over. Chris Brown and Drake settle the score with a dance battle in the highly-anticipated video for their hit single "No Guidance."

The former rivals play on their real-life feud in the nine-minute clip, which was inspired by their infamous 2012 brawl at a Manhattan nightclub. With tensions high, the two hit a Miami club, where they come face to face.

But instead of fighting this time, Chris challenges Drake to a dance battle. Breezy goes first, showing off his impressive moves, before Drake makes a fool of himself with his hilarious attempt to do the snake and crump. His own people are so embarrassed that they end up bailing on him. Drizzy admits defeat before squashing the beef.

Watch them battle it out on the dance floor.