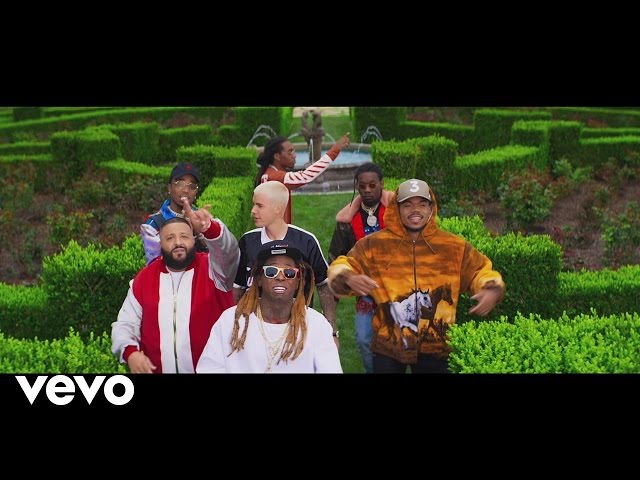 DJ Khaled's "Shining," the lead single off his forthcoming Grateful album, recently went No. 1 on Urban radio. To celebrate the Beyoncé and JAY Z-featured song's success, DJ Khaled announced its follow-up earlier this week, the star-studded "I'm the One" featuring Justin Bieber, Quavo, Chance the Rapper, and Lil' Wayne.

Staying true to his word, the DJ/mogul delivered the mid-tempo record early Friday morning (Apr. 28), lead by Justin Bieber's catchy hook. Along with song comes its accompanying video premiered on VEVO, where Khaled, Bieber, Migos, Chano and Weezy party hard on the grounds of a luxurious California mansion.

Due this summer, Grateful is set to feature appearances by Rihanna, Nas, Drake, and more.

Get "I'm the One" on iTunes and watch the Eif Rivera-directed video below.