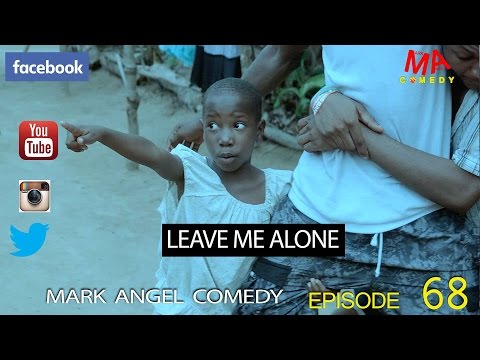 This week's episode of Mark Angel Comedy is titled "Leave Me Alone" and stars Mark Angel, Emmanuella and Denilson Igwe.

In the video, Mark Angel is seen shouting on Emmanuella and Denilson to leave him alone so he can fight somehow who annoyed him.

Watch and find out what happened when he was finally let alone.

2
Make-up Artist Transforms Her Face To Look Like Kanayo O Kanayo's Face (Photos)
3
Nigerian lady shares screenshot of the chat she had with her cab guy who wants to eat her 'kinni'
4
10 Movies We Can't Wait For in 2019
5
Hushpuppi Wanted By 47 Countries As He Lists Crime Partners
6
How Premier League table looks like after wins for Chelsea, Arsenal with 5 games to end term
7
US 2020: Kanye West joins presidential race
8
Censors Board has Banned Jade Osiberu's "Sugar Rush" from Cinemas | Here's the Scoop
9
Former Vice President, Atiku Abubakar, distances self from Hushpuppi
10
Cristiano Ronaldo makes big statement as he scores first Juventus free-kick after 42 failed attempts