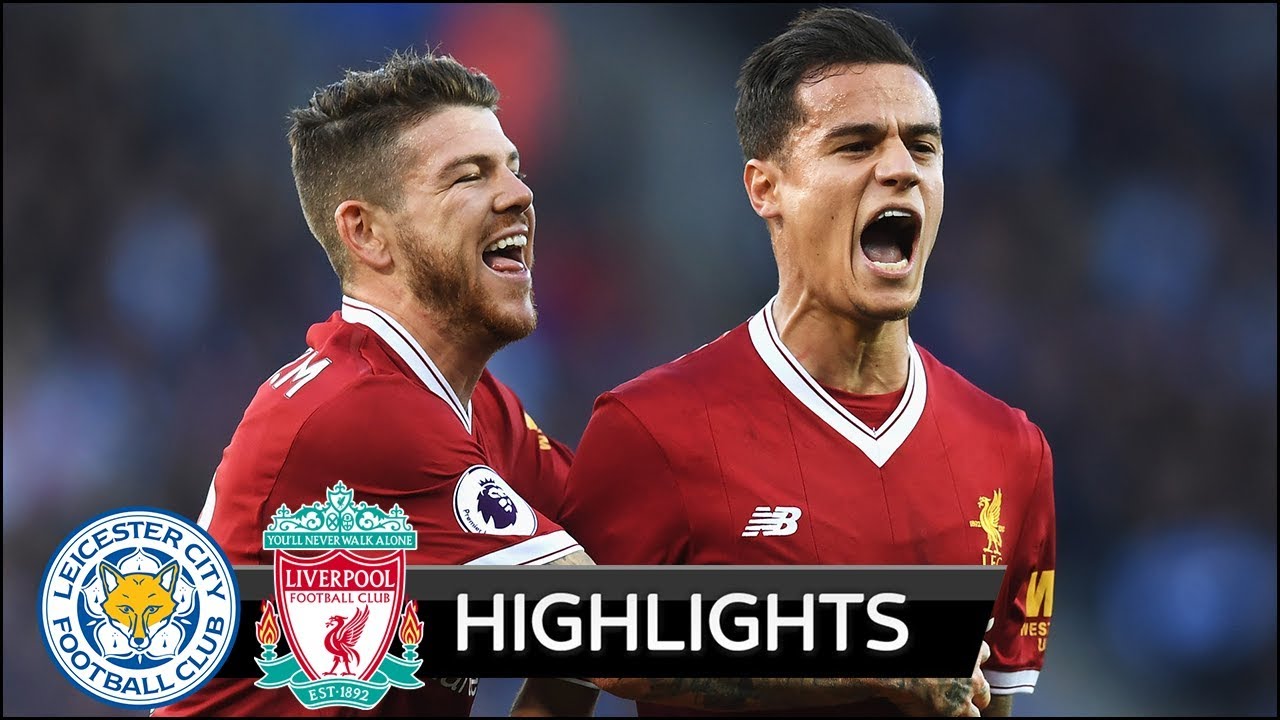 Jamie Vardy saw his second-half penalty saved as Liverpool survived a Leicester fightback in their second meeting in five days.

The Foxes won 2-0 in their Carabao Cup third-round meeting on Tuesday, but the Reds got their revenge on their return to Premier League action.

Philippe Coutinho scored for the first time this season with a majestic free-kick to give Liverpool a two-goal lead, having set up Mohamed Salah for the opener.

Shinji Okazaki poked home from close range to give Leicester hope, before a frantic five-minute spell in the second half almost turned the game on its head.

Jordan Henderson netted from a Liverpool counter attack to make it 3-1 but the hosts immediately responded when Vardy headed into an empty net a minute later after Simon Mignolet pushed Demarai Gray's shot into his path.

Vardy then earned a penalty when he was brought down by Mignolet, but the Belgian kept out the England striker's spot-kick which went straight down the middle and Liverpool held on to end their run of four games without a win.

Jurgen Klopp's side moved up to fifth in the table, while Leicester hover above the relegation zone with a win and a draw from their opening seven matches.

Style Guides for Poker Players and Other Gamblers

Barcelona vs Granada: Messi tells Setien striker he should buy as Suarez's replacement

EPL: Lampard reveals players he will buy after Chelsea's 1-0 defeat to Newcastle

Liverpool vs Man Utd: Klopp's team not one of the best ever - Solskjaer