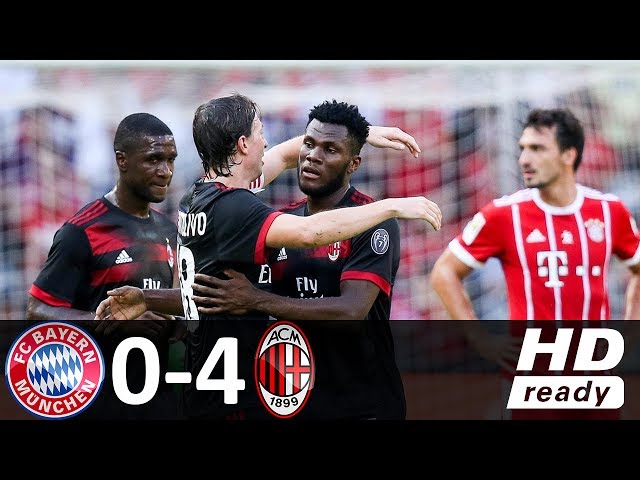 AC Milan stunned Bayern Munich with a commanding 4-0 victory in the International Champions Cup on Saturday.

First goals for the club from Franck Kessie and Hakan Calhanoglu, either side of a double from young striker Patrick Cutrone, gave Vincenzo Montella's side the win in Shenzhen against a disjointed Bayern side.

Rossoneri fans were also treated to debuts for Leonardo Bonucci, who came on in the second half for his first appearance since completing a shock transfer from Juventus, as well as fellow star signing Andre Silva.

Milan's 3-1 loss to Borussia Dortmund led to supporters calling for further reinforcements to the squad during an already hectic transfer window, but Saturday's clash started in far more encouraging fashion.

Kessie opened the scoring with 14 minutes played, the midfielder reacting quickest to prod in Ricardo Rodriguez's deflected cross after good interplay between the full-back and M'Baye Niang.