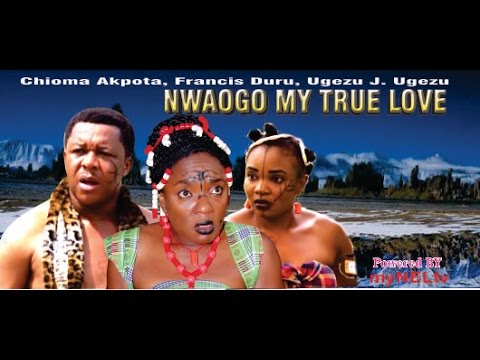 In this sequel to 'Nwaogo the House Maid', the intriguing story of the quest of the prince as well as the plight of the unfortunate house maid gets absolutely amazing as their fates get intertwined in the most unpredictable twist of events!

All manner of fierce and ruthless opposition emanates from all quarters to foil and frustrate the destinies of the principal characters, but provenance proves to be more powerful than the schemes of crooked mortals.

The sad conditions of Nwaogo get reversed in the most unpredictable "happily ever after scenario" that the plot of this great film makes 'Cinderella' look like a big joke.

2
BBNaija 2020: Kiddwaya confirms having sex with Erica (Video)
3
See Childhood Photos Of All BBNaija Season 5 Housemates
4
Meet 32 year old Ghanaian who is both a man and woman
5
Netflix Announces Fifth & Final Season Of "Money Heist"
6
Panic as Chelsea star appears in Arsenal shirt ahead of move to the Emirates
7
Super Eagles star spotted celebrating club's promotion to Premier League with Wizkid (Photo)
8
For the first time ever, Ronaldo and Messi line up in same European team
9
"Who I offend?" - Warri Pikin asks as she shows off what she ordered vs what she got (Video)
10
BBNaija 2020: Dorathy, Nengi, Kidwwaya, Team B housmates win N2m