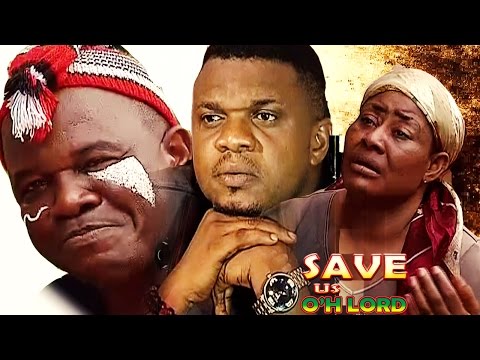 Existing in a certain community is an evil native doctor called Udene (Chiwetalu Agu) whose nature is to consciously wreck and destroy the lives of the innocent citizens of his community.

The animosity and resentments which he has for his only brother suddenly drives him into becoming the worst nightmare for the family of his only brother and creating series of tragedy for them.

The redemption of this community which is under the bondage of Udene can only occur if one particular man known as Joseph ( Ken Erics) is willing to take up his divine call as an evangelist and work with faith. Their fate lies on his shoulders.

Save My Love [Starr. Pat Attah]

2
Make-up Artist Transforms Her Face To Look Like Kanayo O Kanayo's Face (Photos)
3
10 Movies We Can't Wait For in 2019
4
Nigerian lady shares screenshot of the chat she had with her cab guy who wants to eat her 'kinni'
5
Hushpuppi Wanted By 47 Countries As He Lists Crime Partners
6
How Premier League table looks like after wins for Chelsea, Arsenal with 5 games to end term
7
Censors Board has Banned Jade Osiberu's "Sugar Rush" from Cinemas | Here's the Scoop
8
US 2020: Kanye West joins presidential race
9
Former Vice President, Atiku Abubakar, distances self from Hushpuppi
10
Cristiano Ronaldo makes big statement as he scores first Juventus free-kick after 42 failed attempts