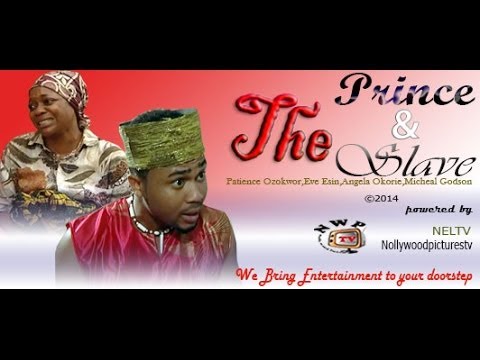 The story centers on the life of King Odogwu (Laz Ekwueme) who is determined and in dire need of a male child that will succeed him at all cost. He consults the oracle of the land, it was revealed that the gods of the land has denied him a male child for a reason that will be made known to him at an appointed time. This revelation from the gods, sets in motion events that no one in the land could have foreseen.

Directed by Prince Emeka Ani and Produced by Chibueze

The Prince And The Slave 2

My Mothers Wish (The Prince & The Slave 3)

2
Make-up Artist Transforms Her Face To Look Like Kanayo O Kanayo's Face (Photos)
3
Hushpuppi Wanted By 47 Countries As He Lists Crime Partners
4
Nigerian lady shares screenshot of the chat she had with her cab guy who wants to eat her 'kinni'
5
10 Movies We Can't Wait For in 2019
6
Cristiano Ronaldo makes big statement as he scores first Juventus free-kick after 42 failed attempts
7
How Premier League table looks like after wins for Chelsea, Arsenal with 5 games to end term
8
Former Vice President, Atiku Abubakar, distances self from Hushpuppi
9
Censors Board has Banned Jade Osiberu's "Sugar Rush" from Cinemas | Here's the Scoop
10
US 2020: Kanye West joins presidential race