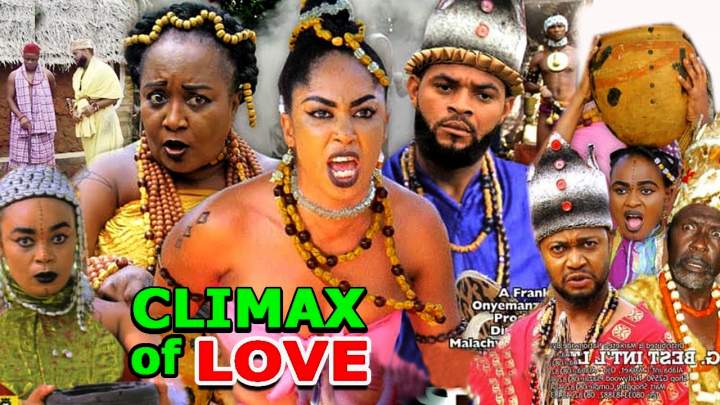 The ways of the gods will never be the ways of men. Ugonma (Amarachi Igidimgba) has been chosen by the gods to marry prince Ikem (Stephen Odimgbe) and be the next queen of the land but unfortunately, she has been proposed to by Afam (Vincent Opurum) a village pauper and the love of her life. Now she has gone missing and found herself in another land where she is a princess as well as the sister of her beloved and also found herself in other strange places she can't comprehend. What exactly is going on? find out in this interesting, mind twisting epic masterpiece.

2
BBNaija 2020: Teni's alleged tribal comment on Erica generates 'Twitter war'
3
Davido reacts after he was called out for smoking weed after playing drums in "church"
4
BBNaija 2020: Nengi plans to stop Neo, Vee from having sex in hotel room on Sunday (Video)
5
Ikorodu Bois' Remake of Davido's Single "Fem" is Pretty Hilarious & Creative (Watch)
6
BBNaija 2020: Dorathy reveals how she feels about Ozo
7
BBNaija 2020: Neo under attack for washing Vee's pant
8
Carabao Cup: Premier League teams threaten to pull out of competition
9
Audio Promise: CMC apologizes to BBNaija's Erica after calling her a bastard (Video)
10
BBNaija 2020: I'm waking up to threats to my life' - Wathoni cries out