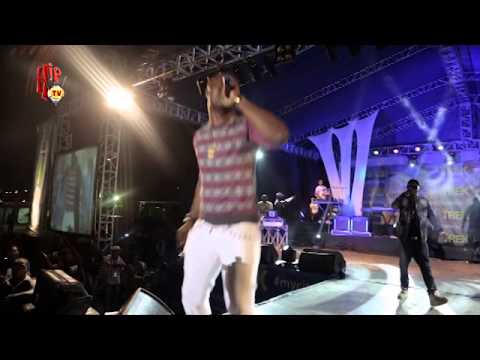 Leading beer brand, Star Lager, on Saturday May 31, 2014, brought down the curtain on its ’10 week 10 cities’ pan-Nigeria music tour with a phenomenal grand finale at Eagles Club in Surulere, Lagos.

The big-budget event featured top Nigerian artistes, such as 2Face, Tiwa Savage, Phyno, Olamide, Kcee
among many other thrilling thousands of fans at the packed out arena with energetic live performances, sensational music, dance and comedy.

Star Music Trek 2014 kicked off on March 29, 2014, with a massive turnout at the local government stadium Nsukka and went through Makurdi, Uyo, Umuahia, Orlu, Ekwulobia, Onitsha, Benin, Ado Ekiti and then Lagos.

The senior marketing manager, Star, Goldberg and Export, Tokunbo Adodo, said Star Music Trek is a very important avenue through which STAR deepens the bond with her music loving consumers.

“At STAR, we are always seeking ways to make our consumers happy and are excited about the response from Star Music Trek,” he said.

“With thousands of fans coming out to watch their favourite artistes perform live at every city we visit, you can be sure that STAR will continue to support projects like this.”

Superstar DJs, Xclusive, Neptune and Switch took turns to thrill the fans with explosive party mixes for the over eight-hour event.

Ace comedian, Gbenga Adeyinka teamed up with Laff Up as hosts for the event and delivered an awesome night of non-stop entertainment, music and fun.

Tiwa Savage on 'The Juice' with Olisa Adibua