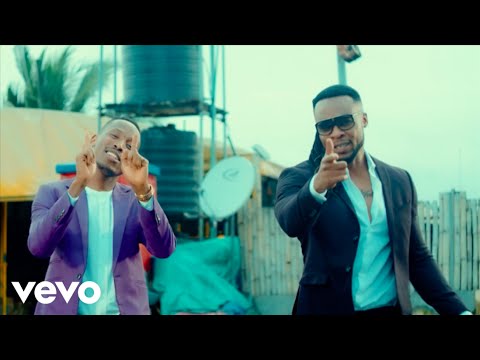 Grafton Records signee, Mr. 2Kay has finally dropped the highly-anticipated video for "Ladder Remix" featuring Flavour. The satirical video which was shot and directed by AdamsGud holds a strong message for everybody.

The cast of this music video include Mr. 2Kay who plays the role of an old man in the village called 'Papa Knowledge', ex-big brother Africa housemate, Beverly Osu as 'Gloria Baby Oku', Mary Uranta as 'Mama Gloria', Ovvy as 'I Just Hammer' and comedian Whalemouth as 'Mr Chop Alone.' The video brings in a bit of Nollywood drama to potray the song.The original version and the remix was produced by Chordless.