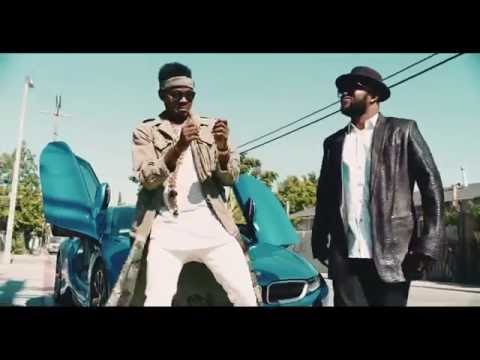 African pop-superstar and G-Worldwwide performing act, Kiss Daniel, is here with the banging visual to "Sin City", which is the 15th track off his debut album, New Era.

The video which was shot by HG2 films was shot in the United States and shows Kiss Daniel performing on the streets of a downtown American city.

Sin City is an all too brief album highlight that has Daniel trying for a sexy, poetic edge. On the Masterkraft produced jam, Daniel tries maintains his clean cut bonafides (They can't believe that I smoke no Kush/that I'm the one them choose) but insists on not being a push over (You push me and I push too).

Kiss Daniel proves himself a chip off the old block, but one with a style and essence that is all his. Daniel is Creating differrent Vibe which makes him the hottest act to watch out for.

Its already public knowledge that Kiss Daniel doesn't hold back when it comes to dropping entertaining contents so you are definitely in for a treat. kindly check out the new video by Kiss daniel below and share your views using the comment section.

Kiss Daniel - No Do

Carabao Cup: Arsenal, Chelsea's possible opponents after they qualify for fourth round

"We woke up today and our gate was gone, they stole our gate" - Lady laments

BBNaija: Dorathy's mum thanks fans for keeping her in house (video)

BBNaija 2020: Why I couldn't control my feelings for Nengi - Ozo