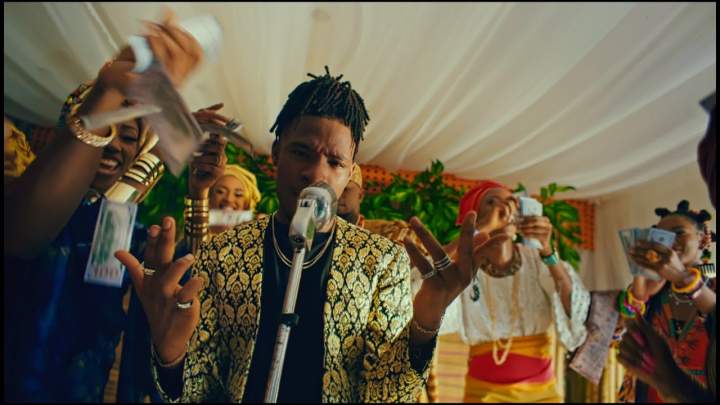 The track was produced by Type A while the video was shot and directed by Dammy Twitch for Polar Films.

Shot on locations in Lagos, the video has cameo appearances from BBNaija 2020 winner, Laycon, and rapper, Blaqbonez.

Directed by Nigeria's Dammy Twitch, the video builds on the jubilant feel of "Celebration," a festive track released with the aim of uplifting listeners during a season that, in a normal year, would be reserved for festive gatherings.

Its scenes depict life's simple joys, with a colour scheme inspired by traditional Yoruba attire. "This video is all about having fun and being happy," JOEBOY says succinctly. "I wanted to pay homage to my origins and do something with traditional colours."

Joeboy - All For You