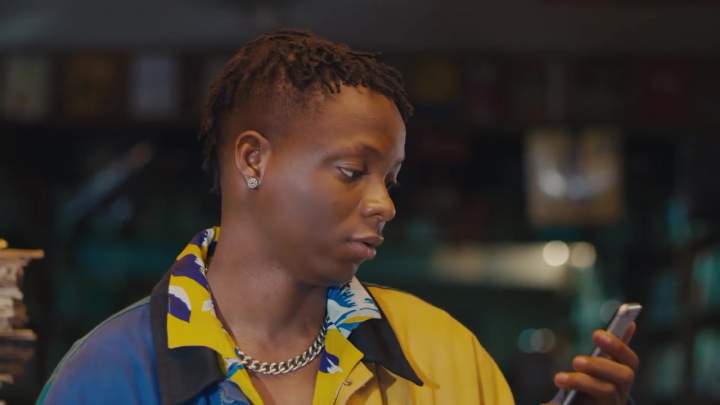 Terri unveils the official visuals for his new buzzing single "Ojoro". The song Ojoro is the stand-out single off his Hours released project dubbed "Afro Series".

The Starboy entertainment Young kid decided to stay active as he unleashes some Quarantine vibes single to Ease the stay period. The song was produced by the serial hit-maker "Sarz".

Watch the visuals to "Ojoro" below.

2
"Why I don't want my children to be like me" - Wizkid
3
Davido acquires customized 'frog pendant' worth millions of naira (Photo)
4
"I would revenge, my property burnt is worth N50m" - Sunday Igboho says
5
"Please help me" - Video vixen accuses her boyfriend of domestic violence with photo evidence
6
"See Bumbum" - Fans React as Davido Shares Raunchy Photos Of His Female Signee, Liya (Photos)
7
Teni Makanaki lauds Davido after paying her surprise visit (Video)
8
Thomas Tuchel: Chelsea appoint Frank Lampard successor who reunites with Thiago Silva and Christian Pulisic at Stamford Bridge
9
Top 10 Movies Of 2017
10
BBNaija star, Ka3na reveals she is no longer friends with Lucy.

BBNaija star, Ka3na reveals she is no longer friends with Lucy.