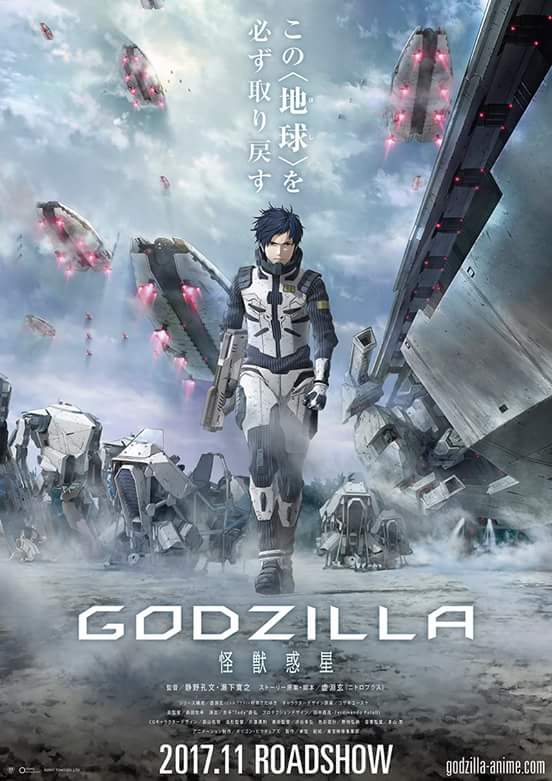 Years into the future and the human race has been defeated several times by the new ruling force of the planet: "kaijus". And the ruler of that force is Godzilla, The King of the Monsters. Humanity is in such defeat, plans to leave the planet have been made, and several people have been chosen to look at a new planet to see if it is inhabitable. Realizing it's not, though, the human race resorts to plan B: to defeat Godzilla and take back their planet.

2
Netflix Announces Fifth & Final Season Of "Money Heist"
3
BBNaija 2020: Lilo cries out, wishes she could turn back hands of time
4
BBNaija: "If Nengi thinks she's a player, I am Jack Sparrow" - Ozo tells Dorathy
5
BBNaija 2020: Wathoni hits at Tolanibaj over Lilo's eviction (Video)
6
Lady finds out she has been dating her cousin (Photos/Video)
7
#BBNaija: "I accept it with all my full chest" - Dorathy agrees to be Ozo's deputy
8
Details of Arsenal's deal for Willian revealed
9
BBNaija 2020: Nigerians react to video of Erica, Kiddwaya having sex
10
BBNaija 2020: Why I voted Lilo out - Dorathy