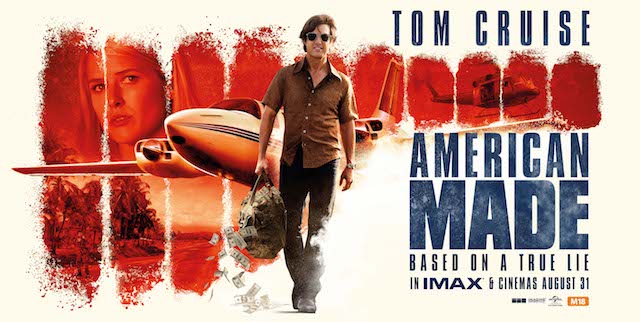 Barry Seal was just an ordinary pilot who worked for TWA before he was recruited by the CIA in 1978. His work in South America eventually caught the eye of the Medellín Cartel, associated with Pablo Escobar, who needed a man with his skill set. Barry became a drug trafficker, gun smuggler and money launderer. Soon acquiring the title, 'The gringo that always delivers'.

2
#BBNaija 2020: I don't mind having sex on national TV - Nengi tells Ozo
3
10 Movies We Can't Wait For in 2019
4
8 Groups of People You Will Find On Twitter
5
Neymar equals Lionel Messi's Champions League record as PSG star proves his worth in dramatic turnaround against Atalanta
6
Sports Betting Guide - Simple Tips and The Basics
7
"We are not shipping any Gaddemm fool" - Erica's mother rips fan to pieces for hyping Laycon on her daughter's groupchat (Audio)
8
Champions League: Bayern Munich pay tribute to Barcelona captain, Messi
9
BBNaija 2020: Why I exposed my body on national Tv - Eric
10
BBNaija 2020: Condoms have reduced - Nengi tells Ozo (Video)