Kylian Mbappe has been warned to learn from the mistakes of past greats like Ronaldinho and not take his eye off the ball if he earns his dream move to Real Madrid.

The 22-year-old French star has been accused of going backwards over the last three years for Paris Saint-Germain, with talkSPORT pundit Tony Cascarino drawing comparisons between Mbappe and the Brazilian icon.

Mbappe was strongly linked with a move to LaLiga this summer, and questions have been asked of PSG after rejecting a huge €220million [£189m] deadline day bid from Real, despite the forward's contract expiring in a year.

He's expected to see out the final season of his deal in Paris before moving to the Bernabeu on a free transfer next summer, but he's been warned not to lose focus after a drop off in form for France.

It's no surprise there are parallels being drawn between Mbappe and Ronaldinho. Like the young Frenchman, R10 rose to prominence at PSG but really took his career to the next level in Spain.

Ronaldinho is one of the game's great entertainers - but that label perhaps does a disservice to how good he actually was.

Ronaldinho won everything with Barca

The Brazilian could have gone down in history in greatness, on the same level as the likes of Pele, Diego Maradona, Ronaldo and Messi, but instead is more remembered for his tricks, flicks, the magnetic relationship between the ball and his feet and for being one of the game's great mavericks.

Why? Well, he never really progressed in his career following his glittering spell at Barcelona.

After two trophyless seasons in France, Ronaldinho moved to Barcelona where he became one of the greatest talents of his generation, winning two LaLiga tites, one Champions League crown, two FIFA World Player of the Year awards and the Ballon d'Or.

But he only really enjoyed a few years at the very peak of his powers, as his career then took a slide into obscurity.

Ronaldinho chose to see out the final years of his career in Brazil, when his talent had promised so much more. He actually formerly announced his retirement at 37, three years after his last professional game.

After five years at the Nou Camp he signed for AC Milan, where he won the Serie A title, but then returned to his native Brazil after three seasons, by which time he was already a shadow of the player he was just a few years before.

Many have put it down to a lack of focus, hence the maverick tag. Ultimately, fans of Ronaldinho will never be able to shake the feeling of 'what could have been' - can you imagine if he had the determination of Ronaldo, still one of the world's best at 36 years old and now back in the Premier League with Manchester United?

Where was Ronaldinho at 36? Retired, after playing the final five years of his career in Brazil and Mexico, where he was easily the best player without even really trying.

And Cascarino fears the same could happen to Mbappe, who has not looked the same player since leading France to the World Cup in 2018... which, madly, was three years ago.

"I hope I'm wrong, but I hope Kylian Mbappe doesn't turn into a Ronaldinho," said the talkSPORT host on the Weekend Sports Breakfast.

"The type of player who has so much, but then suddenly his career starts to go slightly downwards.

"Because Ronaldinho was one of the world's greatest when he was at his very best, but it's easy as a young man when you get everything put in front of you that you slightly take your eye off the ball and you don't become the same player.

"Kylian Mbappe is still a very young player, he's 22, but he's got to get back to somewhere close to the player we know and love.

"If I look back at the player he was in 2018, when he won the World Cup and he was just electric, devastating, and you really felt he was one of the best players in the world.

"But I look at Mbappe now... I was disappointed with him at the Euros and he hasn't scored in six games for France. There are moments, you see glimpses, but he's not having anywhere near the impact he used to have.

"I know he's had his head turned by Real Madrid, but Mbappe is not doing it often enough.

"You can maybe put it down to the French league, and you can say he's still got good numbers, and he had good numbers last season for PSG.

"But at the moment he's nowhere near the player he was three years ago." 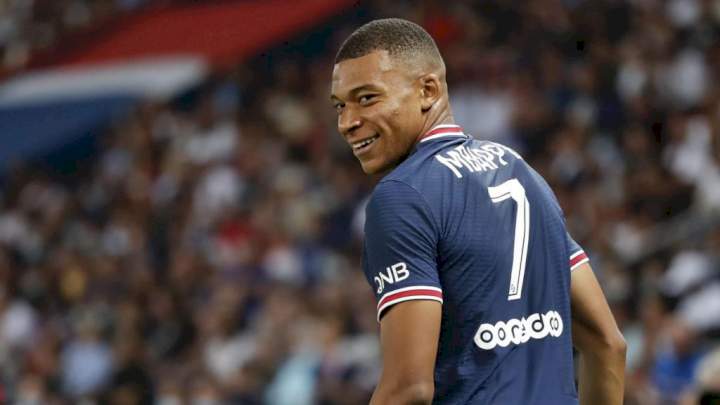 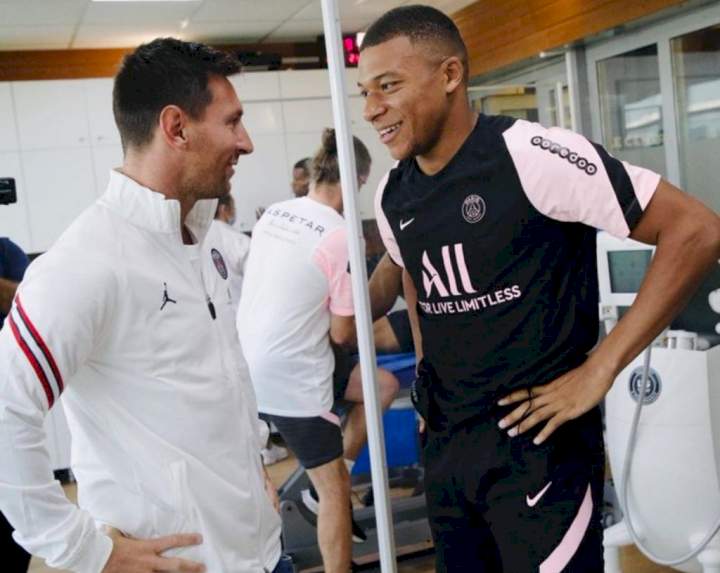 I never believed I'd play with Messi - Mbappe