Manchester United goalkeeper, David De Gea is ready to commit his long-term future to the Red Devils unless he is handed wages of over £300,000 including bonuses.

According to the Manchester Evening News, De Gea is ready to snub interest from Real Madrid and commit his future to the Old Trafford club.

De Gea has been strongly linked with a move to Madrid in recent weeks.

United staved off the prospect of the 28-year-old leaving on a free transfer next summer by securing De Gea's services until June 2020, by triggering a one-year option to extend his contract last November.

Meanwhile, De Gea won the Match of the Man award in United's 1-0 victory over Tottenham Hotspur in the Premier League encounter played on Sunday at Wembley. 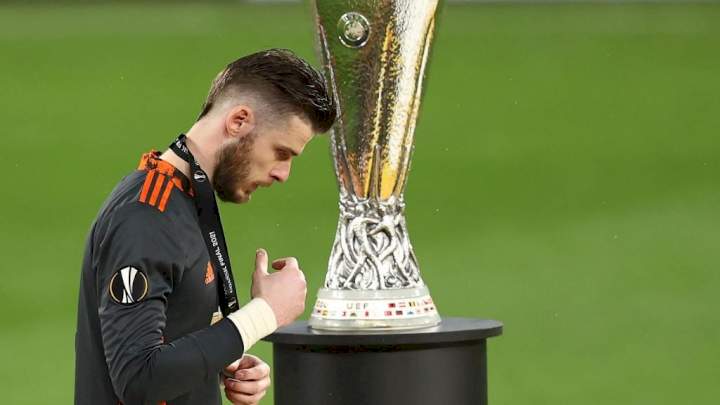