Barcelona presidential aspirant, Emili Rousaud, has said he would hold a referendum to name the Nou Camp after Lionel Messi, if he is elected in January.

Rousaud is one of the candidates hoping to succeed Josep Maria Bartomeu as president at the beginning of 2021.

As well as changing the name of the stadium, he has also vowed to re-sign Neymar from Paris Saint-Germain and another unnamed superstar player next summer.

New manager, Ronald Koeman, has so far failed to lift the mood around the LaLiga club, with Messi yet to sign a new contract and set to become a free agent next summer.

But Rousaud, perhaps in a desperate bid to keep the talismanic Argentine, has made the stadium name change one of his major policies when he assumes office.

"We will hold a referendum to change the name of the stadium to Camp Nou - Leo Messi," he said on Thursday, via Marca. 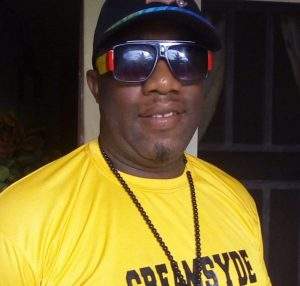 2
"She is a just friend" - Ned Nwoko clears the air on affair with Zambian mistress
3
Ibrahimovic apologizes for red card after clash with Lukaku
4
BBNaija's Ka3na reveals why she's "so proud and likes fighting with everyone"
5
Top 10 Movies Of 2017
6
Fans react to photo of mystery lady chilling with Rema in his bedroom
7
"Richest ashewo" - Bobrisky says while flaunting jewelry worth N12.4M
8
"Why I don't want my children to be like me" - Wizkid
9
Ned Nwoko takes wife, Laila on romantic dinner ahead of birthday (Video)
10
Thomas Tuchel: Chelsea appoint Frank Lampard successor who reunites with Thiago Silva and Christian Pulisic at Stamford Bridge

Ibrahimovic apologizes for red card after clash with Lukaku