Georgina Rodriguez has dropped a huge hint she could be married to Cristiano Ronaldo soon after she recently flaunted a dazzling ring.

The stunning model shared a snap wearing a dazzling ring, with one hand over her stomach suggesting she could also be pregnant for the Juve star.

Georgina has previously refuted rumours the couple are engaged but if her latest Instagram post anything to go by, wedding bells could be in the offing.

In the first photo she posted, the 26-year-old can be seen in a lift and has her hand over her stomach alongside the caption: "Good day."

In the second shared on her Instagram stories, the Spaniard openly flaunted a close-up of the enormous ring on her wedding ring finger which she complemented with a Chanel handbag.

Both Ronaldo and Georgina have already returned to Italy as the football star prepares for the potential return of the Serie A.

Georgina sparked both pregnancy and engagement rumours with a stunning snap she posted on Instagram.

However, the focus appears to have shifted to CR7's partner who recently appeared to hint again she could be pregnant with a photo captioned: "Baby girl."

The two lovebirds are understood to have started dating back in 2016 when Ronaldo was at Real Madrid.

She also shared a shot of an enormous dazzling ring on her finger sparking engagement rumours.

They already have a daughter together, but Georgina takes care of three other children including Ronaldo's firstborn son from a previous relationship.

2
Hushpuppi Wanted By 47 Countries As He Lists Crime Partners
3
10 Movies We Can't Wait For in 2019
4
Nigerians react to Hushpuppi and Woodberry's extradition to the United States
5
Here are things to know about plans for the incoming BBNaija housemates
6
20-Year-Old Groundnut Seller And Rape Victim Gives Birth To Triplets (Photos)
7
Hushpuppi once sold second-hand clothes in Lagos - Report
8
EPL: Three Nigerian stars sign deals with Chelsea
9
Watch the emotional moment Burna Boy's mother surprised him on his birthday (Video)
10
Juventus star breaks down in tears while partying to celebrate his Barcelona move (video) 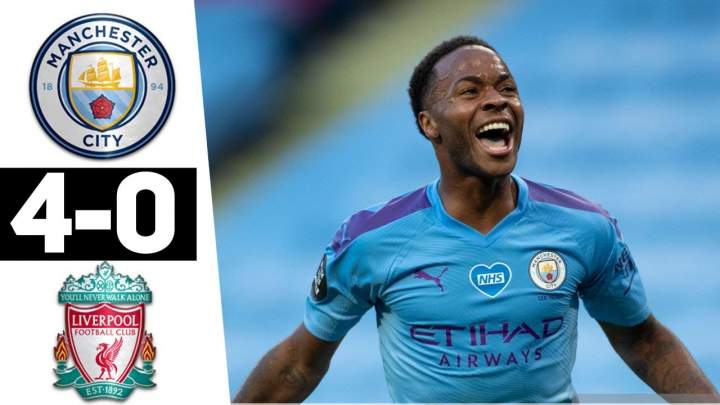 Nigerians react to Hushpuppi and Woodberry's extradition to the United States

Jeff Bezos' wealth hits a new high of $172 billion as Amazon stock soars, making him richer than he was before his divorce settlement